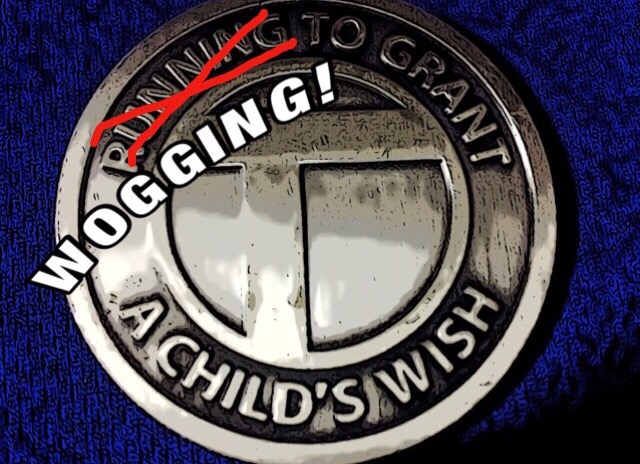 Denver Half Marathon: What am I doing?

Dread, and a tiny bit of excitement is what I felt when I clicked the confirmation button to finalize registration for the Rock n Roll Denver Half Marathon. I still had no idea how I would get to Denver, and I still couldn’t even run a mile without stopping.

I could “wog” (walk/jog intervals) a mile or two but not run or even jog non-stop. Even my wog was a sad sight of flailing arms and air gasps. You would think the air itself was drowning me.

My friends talked me into this, and for a worthy cause: Raising money for the Make a Wish. We had 5 months to get ready and to get as many people as we could to pledge money for every mile completed at the marathon event.

Even so, I still considered backing out. Plane fare and hotel stay for the 4-day weekend seemed unfeasible. And, don’t forget, I still couldn’t run even a mile without stopping.

I focused first on training and downloaded apps:

No matter what apps I tried, I still could not seem to string together a mile of non-stop running. Though I could Wog 5-6 miles with no problem, I considered backing out.

Motivation to Just do It

Many things seemed to push me forward to come through for this event.  The top 3 were:

Encouraging Friends–“Who says you have to run the whole thing non-stop?” a friend asked. Hmm, it never occurred to me that wogging would be okay. I can wog like a champ. That question gave me all the confidence I needed.

Pledges–People who knew me and had seen me try to run still pledged money. Maybe they believed in me more than I did. Maybe they didn’t think I would make it far and it wouldn’t cost them much to pledge.

An Anonymous Angel–Someone paid for my trip. Everyone was using a specific travel agent to get the best deal. I couldn’t afford to pay for all of it yet, but I’d broken the trip down into steps. As soon as I could pay for at least the air fare, I called the travel agent.

“It’s already paid for.” Said the voice on the phone.

“But, that can’t be right I haven’t paid yet.” This must be a mistake.

“Someone has covered your expenses. They wish to remain anonymous. Enjoy your time in Denver.”

To this day, years later, I still have no clue who paid for my trip, but I was grateful and backing out was no longer an option.

Okay, lets fast forward to race day. My wogging distance was up to 9 miles by race day, but I was certain I could make the last 4 miles with no problem.

I had my headphones, ear buds, interval watch, bottles of water, and GU energy gel. I was ready. Ready as I’d ever be to wog intervals (2 minutes jog/ 1 minute walk) for the next 13.1 miles.

Mile 5 had me walking 3 minutes and jogging a minute. I silently blamed the Denver altitude and began checking behind me to make sure I wasn’t last.

Mile 6 was my pep talk mile. I had an inner Rocky conversation where I told myself to get it together and get back on the plan. I found “Eye of the Tiger” on my iPod, and eventually got back to 2 minutes of jogging, and 1 sometimes 2 minutes of walking.

Around mile 7 I felt it. Wogger’s high. I felt refreshed and energized. I’d gotten my second wind. I felt strong, my stride was great, everything suddenly felt easy.

I was JOGGING! More than 3 minutes nonstop! Just when I decided that I was doing damn good and that I was jogging my best jog ever, two women who looked to be in their mid-80’s walked right past me. One was pulling like an oxygen tank!

Right now, you are probably imagining that these ladies did that fast walk, where their legs move so fast they look boneless. No, they were walking like they were on a Sunday afternoon stroll through the park.

The wogger’s buzz was killed and soon I was back to intervals of 3-minute walking/1-minute jog, then 5 minute walking/1 minute jogging, and then I lost track and just prayed for a glimpse of the finish line.

Despite learning that my best jog is still slower than an old lady on a Sunday morning stroll pulling an oxygen tank, I had so many great experiences from the moment I confirmed registration until finally reaching the finish line in Denver 5 months later.

♥ At every mile marker, a Make a Wish child and family would cheer and hug us along the way. Those were some very special hugs.

♥ Every time I walked, I got a chance to meet new people, learn their stories, find out what motivated them to run or in some cases walk.

♥ I met people who would become life-long friends. We would do more races together. Or, well, they would run and then wait on me to wog my way up to them, and later we’d celebrate the day with a lot of laughter and a satisfying meal.

♥ I will always remember the oxygen tank lady. Deflated as I was, she was inspiring.

♥ I got to meet Team Hoyt. Rick Hoyt, suffers from Cerebral Palsy and due to an issue at birth his muscles do not receive messages from his brain. He put in to run a 5k when a school mate became paralyzed. Rick wanted to prove that life goes on after disabilities. His Father, Dick, found a way to push him through that 5k. After the race, Rick told his Dad that when he was pushed through that race he didn’t feel handicapped anymore. Since then, Team Hoyt has completed over 1,100 races, including marathons and triathlons, spreading the message: YES YOU CAN!

We met Team Hoyt at a convention the night before. Many people there would be running the next day. Goodness, if anyone felt afraid of running their first race before meeting Team Hoyt, they’d have a tough time doing anything but their best after meeting these guys.

I have since wogged and struggled through quite a few races, and I’ve had many more memorable experiences along the way. This first race will always be dear to me because of all the firsts associated with the trip. And, of course, who can forget being out paced by an 80 something year old lady pulling an oxygen tank?